I wrote about this experience a number of years ago, and I’m posting it again before Mother’s Day because it's one of my favorite stories about my mother. Feel free to comment on a favorite story you have about your mother, or your life as a mother. 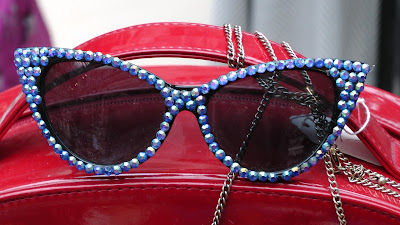 I will never forget the day my mom looked like Sophia Loren . . . and became a spy.

Her child was being bullied. That would be me, my ten-year-old self. Some woman belittled me for dropping my fare money on the city bus my friends and I rode home from our school each day. It made me feel stupid and beyond-repair clumsy. And then it was as if all the schoolchildren—about five or six of us—were fair game for any nasty comment the woman wanted to make, any nasty look she had to give. It was one of those childhood experiences you can still feel decades later.

Looking back, I think she probably didn't like chatterboxes on her ride home, perhaps after a hard day at work. But it wasn't our fault; we were students from all over the city and this was the only transportation option we had. And this fear of the woman's mean comments and looks coupled with some anxiety about being at a new school generated enough angst to tell my mother all about it.

"What does she look like?" Mom asked. That should have tipped me off right there. But I told her, and then resigned myself to this unpleasant, daily bus ride, because Mom didn’t seem to have any advice. At least this woman was not on the bus in the morning. But I know now what I did not know then: a mother knew when enough was enough.

The next day my friends and I boarded the bus after school, and there was my mother sitting in a seat toward the middle, a scarf on her head and big sunglasses hiding her eyes. Big Sophia Loren sunglasses. I started to speak to her in surprise, but she put her finger to her lips. Shh, was the message. Then slightly nodding toward the woman, she silently asked the next question. Is that her? I nodded. Wow. I wondered when Mom had boarded the bus and where. Then with a slight shake of her head, I got the last message: Don't let on that I'm here.

I took a seat apart from her and even my friends, wondering what was going to happen next. I was nervous, but I was also thinking this was pretty cool. Mom was like a spy! Was she waiting to see if the woman would be mean to us today? Mom watched her, and I just tried to be invisible.

Maybe that’s why the woman was silent that day, because I was successfully invisible. I don't know. But at her usual stop, she got off the bus—and my mother followed her! That was when I got the last message. Something in Mom's eyes peering over the sunglasses on her way past me said, Everything is fine. Just go on home.

Oh. My. Gosh. What was Mom going to do?! I got home and nervously awaited her arrival. I don't remember who was home. My grandmother? My dad? Surely they were much calmer than I was, and they probably knew what was going on. But this was my future here! When Mom arrived, I blurted out all my questions at once. "What did you do? What did she do? What happened?"

Mom wasn't too forthcoming. She just said something like, "I let her know it isn't acceptable to speak to children this way. She won't be bothering you and your friends again. If she does, let me know. You still need to be sure to behave on the bus, however."  And you know what, the woman ignored us, but she never bothered us again.

I have never forgotten that day, and I never asked Mom for more details. Maybe it's because even as an adult, I just wanted to remember exactly how it felt that day for her to intervene for me. I guess this is what, in part, a mother does: a little support, a little protection, a little spying, and a little confrontation when necessary! Looking like Sophia Loren is optional. But you have to admit, that was pretty cool.

I’m not sure I ever did anything like that for my children, or needed to. But I hope they know I would have, even if I might look more like Lucy Ricardo than Sophia Loren while doing it. It has always been and always will be wonderful to be your mom, "kids." But before I was your mom was another mom who would have made both James Bond and Sophia Loren very proud. Don't you think?

Thanks again, Mom. I don't think there is any spying to do in heaven. But if there is, I’m sure you’re good at it! 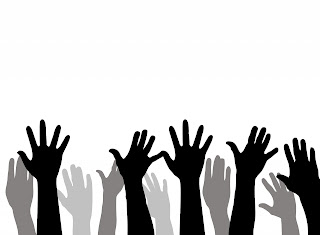 When my home state of Indiana participates in the 2016 United States presidential primary tomorrow, I hope most voting Hoosiers will have taken the time to truly think about our country’s issues and the qualifications, abilities, and evident intentions of each remaining candidate.

My fear, however, is that regardless of party affiliation (or none), too many voters will have latched on to media and campaign hype from either end of the political spectrum that, for whatever reason, most appeals to them merely on an emotional level.

I'm not saying emotional appeal should never be a factor in voting decisions. The hurts and disappointments of many Americans today can be traced to poor leadership (regardless of political party), and they are real. But voting needs thinkers, not merely reactors. And I confess, I have not always given my voting decisions enough thought throughout my adult life when my emotional reactions to candidates have run high.

The American political system has issues (you can list your own concerns here), although I would defend our basic system against most in the world, even with its flaws. And much of it is a dead-serious game; like playing chess, candidates, their campaigns, and their supporters make the calculated moves they think will lead to a win. And yes, a pre-voting discovery process is work that not every eligible voter is able to take up for one reason or another.

But that discovery process is part of our voting privilege best not ignored if we have a choice. Trying to find reliable, truthful, unbiased information amid pundit and campaign/party rhetoric before we grab hold of our right to cast a vote is important, no matter how insignificant we fear our single voice could be in the end.

For most people, trying to engage me in political discussion (in person or online) would be a fruitless endeavor. Not only am I not an expert on politics or our government and how it works (or doesn't work), but I find deep political discussions both frustrating and too likely to offend. And I am certainly no New York Times or Washington Post political commentator. I can't even believe I'm writing this post.

No matter how difficult and fraught with problems our political process is, however, I do consider voting on both local and national levels a privilege not to be taken hostage by emotion at the expense of careful thought. I want to raise my hand with what knowledge I can glean alongside my inevitable emotional reactions.

Others, I know, will do a better job of examining every aspect of the political choices facing them than I ever will. But my responsibility is to do what I can to be informed before I vote, and I think that's every voter's responsibility too.