Your Traditional Life Has Stories to Tell 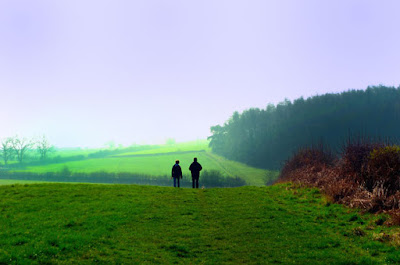 Story has always been a bedrock concept in personal writing and, well, storytelling. And the idea that we all have a story has been especially highlighted in recent years.

But I’m one of those people who tend to think their lives are too traditional to call any part of them “story.” After all, I grew up with two parents, I was educated in public schools and a private university, I had jobs, I got married, we had children, we moved from state to state for my husband’s work, I worked more jobs, the children grew up and left, we had grandchildren, we moved again . . . See?

Most of that traditional life has been the result of God allowing my parents and me to make choices that have been along traditional lines in our culture. There is nothing wrong with that. But, still, doesn’t that kind of life often sound like “nothing much” to most of us who live it?

But who said God is traditional, whatever that really means? If he were, we truly would have all the same series of stories. But we don't. And why would we put any life in a box labeled “nothing much”? Don’t we realize God is a story maker? Not dull, meaningless, haphazard stories, but stories of both difficulty and blessing that have meaning when he is in them.

Have you read his book lately?

*
Here is a story God gave me. It's been a burst of ongoing fulfillment and blessing in my traditional life.


I was always a reader and a writer. English was my favorite class in school, and student journalism was my contribution. But when it came to a college major and career planning, I thought studying English and literature led only to a teaching career, a career not for me.

Instead I settled on social work. After all, both my parents were in helping professions. I admire all those who are in those types of professions, including my brother. But my favorite part of the job was writing my reports.

When my husband and I were ready for me to work outside the home again, God surprised me. He had led us through my husband’s work to live in one of the hotbeds of Christian publishing: Grand Rapids, Michigan. Beyond anything I could have dreamed for myself (being so traditional, you know), I was given an opportunity to take an entry level job in one of the publishing companies there. I have since been in the publishing world for nearly thirty years—one of the greatest blessings in my life (next to my family, of course).


There was nothing traditional about it for me; I had no experience to know how to navigate this new career. But God placed in my heart an assurance that I was where he wanted me to be, and from the beginning he placed people in this new—and exciting!—endeavor to help me find my way, learn, and grow. He wrote a story, complete with a beginning, a cast of characters, but as yet no end. He wrote a unique story just for me.
*
When I turn back the pages of my life, I can see other stories as well. Times when God allowed me to help write the story with choices, even mistakes. The best stories are from whenever I followed his lead, which even in difficult times ultimately led to experiencing abundance in my traditional life.

*
Your life is made of stories. Blessing stories and, of course, difficult stories. We all have experiences we'd prefer not to relive by sharing, but sometimes the difficult stories turn out to be blessing stories we can share. Difficult or not, embedded in what we think of as a traditional life or not, the stories that make up our lives can have meaning for those who are meant to hear them. We have only to say, "I have a story to tell."

What's one of yours?