5 Online Tools to Quickly Spruce Up Whatever You Write

For the next few weeks, I will occasionally be re-posting a few of the pieces I've written on this blog about writing. Let me know if a post has been helpful for you—or if you have another topic you would like an editor to address. This post first appeared in March 2015. 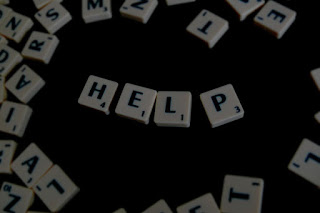 Whatever you write, it’s best to first get it drafted without worrying about revising or editing. (Yes, I have read Anne Lamott’s book Bird by Bird too!) Believe me, no one wants to stymie a writer’s creative juices by insisting early editorial polish is necessary less than an editor. Whether you are writing a blog post, an essay, a report, or an entire book, getting the content out of your head is the first giant step.

Before you ask anyone to read your work, however, some self-editing is a good idea, even if professional editing is planned. You never know what early/beta reader might be turned off by easily avoided mistakes.

You can employ methods for self-editing (such as reading what you have written aloud and running a spell check), but here are five online tools you can use first, as readily and quickly as any editor can.

1. A search engine site. Is it spelled Mother Theresa? No! It's Mother Teresa. Is it Ghandi? No! It's Gandhi. I use these two examples over and over because I see them spelled incorrectly over and over. Google or whatever search engine you prefer can save you from misspelling the name of a well-known figure, event, or brand name. Here's another: Warren’s name is spelled Buffett, not Buffet. It's easy to think how you see a proper name in your head is correct when it's not, but you can find the correct spelling in seconds.

2. A dictionary site. Then we have regular words . . . so many, many regular English words. My standard (and those of many American publishers) is Merriam-Webster's, but here is a secret about looking up spelling. If you type the word you want to check into a search engine and then Merriam right after it, you can probably see the spelling you need in the results without even clicking onto the actual Merriam-Webster site. Type into Google, for instance, complacent Merriam, and you’ll see the Merriam-Webster entry come up in results, even if you misspell the word complacint. When in doubt, however, go to the dictionary site. Bonus: You can often see the definition in the results too, which can save you from mixing up stationery (think envelope) and stationary (think standing still).

3. A bookseller’s site.  On the site for a bookseller with a broad offering (Amazon.com being the most well-known), you can look up the exact book title and author spellings, punctuation, and capitalization. Is it Alice in Wonderland by Louis Carol? Nope. It's Alice's Adventures in Wonderland by Lewis Carroll. Be sure, however, you look at the image of the book's cover whenever possible. People and publishers don't always get correct information in their data feeds, but usually so many people have signed off on the images before they are sent that they are error free.

4. An entertainment database site. Citing a movie, TV show, or actor in your piece? Want to say what year you saw that film in the theater when it first came out, but you can't remember what year that was? For all the reasons given above, try IMDb. For instance, the movie is not called The Grinch Who Stole Christmas. It's How the Grinch Stole Christmas. And Jim Carrey does not spell his name Cary.

5. A Bible translation site. If you use Bible Scripture in your writing, avoid falling into the “translation by author” syndrome by using a Bible translation site. I am partial to BibleGateway. Lots of us think we know how a certain verse or passage goes, but really we are quoting the gist or general meaning . . . or how we sort of learned it in Sunday school when we were eight years old. Ensure you are not only quoting exactly but you are citing which translation you are using and what the correct book, chapter, and verse(s) actually are. Of course, if you are purposefully paraphrasing, say so. Bonus: It might be tricky to determine on a Bible site, but one way or another, be sure an adage you think is in the Bible really is in the Bible before you say it is!