3 Easy Tips to Avoid Repetition in Your Writing

For the next few weeks, I will occasionally be re-posting a few of the pieces I've written on this blog about writing. Let me know if a post has been helpful for you—or if you have another topic you would like an editor to address. This post first appeared in July 2014. 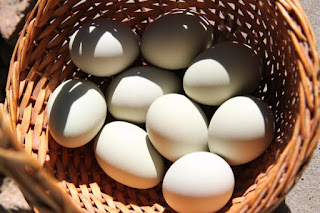 Many of us tend to use certain words and phrases over and over. They are so familiar to us and our friends and family that none of us even notices the repetition. When those same words and phrases are expressed to an audience, however, they can be a distraction. Instead of enjoying the interesting colors of our story, they might get hung up on a pattern we don't intend.

All the eggs in your storytelling basket can be eggs, but perhaps they don't have to look so much alike!

As a line editor, it's my job to ask authors if they want to address repetition I have identified in their writing. For example, in a recent edit, the words utter and utterly were used a total of twenty-eight times in a rather short book. I suggested employing those words only when their power was truly needed, and using, for example, the words total and totally or thorough and thoroughly instead. It’s up to the author what to do, of course; she has written an intensely personal story and paints the power of her experiences in part with her word choices. But if an editor like me notices repetition, readers might also notice it.

Consider these three tips for hunting down repetition:

1.       Ask some folks if they have noticed you have a repetitive speech or writing pattern. A spouse or close friend might be able to tell you without hesitation. A new friend, however, might give you a fresher take—if they think you truly want to know!

2.       Make one of your revision/editing passes a hunt for repetition. If this kind of review is a first, you might be surprised by what you discover. If this type of review has become routine, you probably not only discover repetition more quickly but have become more adept at eradicating it in the first place.

3.       Keep a list of the words and phrases you tend to repeat. Just as it is a good idea to keep a list of words you tend to use incorrectly, it's a good idea to make a “repetition” list. Then you can search for those words and phrases and easily make changes—where some variety will not change the impact you are trying to achieve. After all, repetition is not bad if the word or phrase you use is the right word or phrase for your message or story.

What are your tips for avoiding repetition in writing?

No comments: Posted by Jean Kavich Bloom
Links to this post
Labels: Writing

Since That September Morn 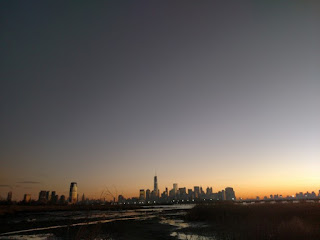 We were on vacation on what was to become “9/11,” in a little yellow house on a lake, near some woods. It had cable TV, and we turned on the news to find an unimaginable horror unfolding in New York City, Washington, DC, and Pennsylvania.

Later, when we couldn’t watch anymore, we went for a walk in those woods. It was quiet there, and we talked about how life in America would never be the same. How could it?

I suppose it was on the one-year anniversary that I realized what I had been doing every morning since: getting out of bed, turning on the TV, and making sure it wasn't happening again.

And on some level, I’ve been checking every morning for fourteen years.

So far, it hasn’t happened again, at least not on the same scale. Terrorist attacks have, of course, occurred between our borders. At the Boston Marathon, for one. But no planes have slammed into towers, or into iconic federal buildings, or onto fields in Pennsylvania. No deaths in the thousands, though every life lost and every soul who now lives with injury—inside or out, or both—from any act of terror should not be forgotten.

And new horrors around the world—currently the heart-wrenching refugee crisis out of Syria and into Europe—abound. Yet this? It happened to us, and we had a hard time believing it.

Truthfully? I think we still do.

And because it happened "to us," we remember in detail what we might not when terror strikes "someone else," no matter our level of awareness and concern.

I asked a business colleague what it was like for her that day as she worked in her office building in Midtown Manhattan. "We knew how bad it was when we . . . when we heard the blare of so many sirens," she said. And that's all she said. She obviously could not bring herself to say more. Later, when she had found her way home to Long Island, she watched as we did on television.


The New York City skyline, empty of the soaring towers.

The medical personnel who waited at their hospitals for victims who never came.

The desperate notes pinned in a central location: “Have you seen this woman? She’s my daughter.”

I don’t consciously think about it every morning now, fourteen years later. But I know I am, in fact, still checking. Because we changed that day. Because we joined the millions across the world who know what it feels like when evil on a wide scale overcomes a sense of safety and peace.

I don't think those of us who remember that day will ever forget. Nor should we.

Starting Over from a Parking Place

The road to success is dotted with many tempting parking places. ~Author Unknown 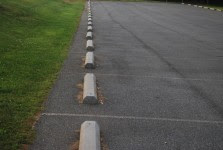 Sometimes as we travel toward a worthy goal, we succumb to the temptation to park ourselves in one of the parking lots we pass along the way.

For instance, I just took about a four-week break from writing on this blog, my main non-client writing outlet, because I pulled into a parking place reserved for Busy. And I could never count how many times I have started on the road to better health, but then parked too often alongside a hot fudge sundae or sizzling-good pizza (and not the no-cheese kind) in a place marked Deserving.

I don’t know. It’s hard, and I confess that the parking lots see me for more serious matters as well. Right beside Busy and Deserving are places for the Tired, and Discouraged, and Lazy—and many times I've parked for one reason or another in every space.

Sometimes I even take up more than one space, depending on how I feel.

But eventually, I realize I need to get out of there.

So what’s the problem? Why don't I just shift into Drive and go?

Who is trying to block the way, but then who is pointing toward the exit?

Who will only turn away for easier prey if I continue on my way, but then who is offering to help me make my escape?

My flesh and my heart may fail, but God is the strength of my heart and my portion forever. (Ps. 73:26)