Are you simultaneously salivating with anticipation and dreading the nearly inevitable weight gain from that huge American Thanksgiving meal this week? Two words, my friends: reminder pants.

I thought my clever husband coined the term “reminder pants,” but then I sort of found it on the Internet. Either way, reminder pants are real and useful. They have a zipper and are too tight around the waist before Thanksgiving Day. If you don’t already own one or two pair to wear at casual holiday events that feature a load of food, you should. And ladies, leave those dresses with give in them in the closet.

Here’s how they work: 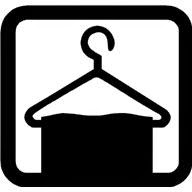 Now, reminder pants can be worn with all the good intentions in the world, but then their effectiveness completely sabotaged. Say at the last minute, at the table, they are unzipped, an act hidden underneath an enormous sweater. The sweater obviously implies premeditation. Shame! Or worse, someone “accidentally” forgets to pack them for the trip to Grandma's house, the grandma who makes enough food to feed a small town anywhere in America. Completely unforgivable is claiming to make a trip specifically to buy a pair of reminder pants and being "unable to find the right size." Yeah, sure. Tell us another one.

Hey, if you are only going to pretend, you might as well forget about reminder pants and go for it. Eat all you want. But don’t come crying to me if the pants with the comfortable fit you wore on Thanksgiving Day are your reminder pants by Christmas.