Who Are You Calling Elderly?: 4 Ways Writers Can Make Older Better

In more than one novel, I have discovered while editing that an author has referred to a character in his or her seventies as . . . wait for it . . . elderly. 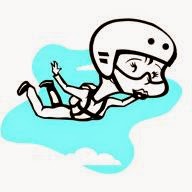 Humph. The word senior (as in you are old enough to order from the senior menu in some restaurants) is hard enough for the baby boomer generation to swallow. And the elderly are folks who maybe achieve ninety one hundred.

Well, okay then. So I had to suggest those authors make an adjustment. After all, they didn’t want to lose some of their senior older readers over this mistake, right?

Many writers do a fine job when developing older characters. Sometimes older characters are even primary characters. But to further encourage authors to think twice about how they portray older folks, here are four suggestions that go beyond merely not using the word elderly.

1. Consider what can unfold when an older character lives out fresh dreams rather than wallowing in regrets from the past. What comes to mind is the image of an old man sitting in a recliner all day with no visitors because he was always such a mean so-and-so and now feels sorry about that. Can’t he make a friend with his new outlook on how one should behave and go on some kind of adventure? (A man is not old until regrets take the place of dreams. ~John Barrymore)*

2. Let older characters exhibit the same personalities you imagine they had as younger people. On the other hand, unless they are Mr. Scrooge and have had night visitors, people don’t change much throughout their lifetimes. Imagining how your older characters were at twenty and how their personalities play out now could make them more real and less stereotypical. (There is no old age. There is, as there always was, just you. ~Carol Grace)

3. Have older characters do something readers would typically only think of a younger person doing. This could add some sparkle and inspiration to your novel. Maybe an older character could jump for joy or even jump out of an airplane. If former president George H. W. Bush can skydive, so can the older guy or woman in your novel. (The aging process has you firmly in its grasp if you never get the urge to throw a snowball. ~Doug Larson)
4. Give an older character his or her best present, not merely a best past. Readers can—and will want to—root for happiness, fulfillment, and significance in the lives of older characters as well as for younger ones. So give those older folks a new relationship, career, adventure—anything that slips in an element of life and hope. (Be on the alert to recognize your prime at whatever time of your life it may occur. ~Muriel Spark)
For readers, what have you noticed in how an older character was portrayed that bothered you?

For writers, have you ever asked an older person to critique how you have portrayed an older character?

*All quotes are from quotegarden.com