Her Stomach Did What? (Authors and the Internal) 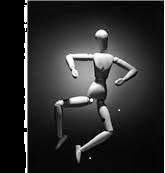 The inside workings of our bodies are one of God’s many miracles, and I am beyond astounded by that. I am also appreciative of people who study the human body—doctors, nurses, scientists, and probably some others whose work I don’t want to think about too much. Because you see, God did not make me to be one of those people. I am a squeamish sort.

I'll be editing words instead, not poking or slicing or injecting anything other than a comment or compliment for an author.

As an editor, however, I am required to think about how authors describe the effect emotions—stress, fright, worry, love, joy—have on their characters. Most of the time, their descriptions don’t include anything too upsetting for me, like what is happening to their blood (though it sometimes boils) or muscles (though they sometimes knot). Occasionally, however, I need to address with authors a perhaps-not-quite-what-they-meant reference to their characters’ bodies, forcing me to think about internal places even though I don’t want to.

“Kathy felt tears burning in her throat.” Really? How did the tears get there? This one isn’t so bad; I can do throats, though a choking or even drowning sensation is not beyond the realm of possibility as I think about this.

“A heavy pit dropped in Bill’s stomach.” Now I am gagging a bit. Is it a peach pit? Is Bill going to be able to digest that thing? I don’t really want to think about this.

“When Bob walked into the room, Karen’s heart did a back flip.” Now my heart is pounding. Somebody call 9-1-1. Meanwhile, Bob really needs to think about the harmful effect all his wonderfulness has on women if their hearts are going this far, don’t you think?

Don’t get me wrong; we all know hearts and stomachs in particular are affected when we humans feel extreme emotion; that’s why authors have been describing those effects in creative, albeit not-the-way-those-organs-actually-behave, terms forever. (Can anybody quote something Shakespearean or biblical here?) I also am not criticizing hard-working, blessedly-into-their-characters’-emotions authors in any way. You try to creatively convey emotions in a novel. It’s not that easy! Too, authors can describe emotional reactions any way they want to. The books belong to them, and their readers love their books.

I’m just asking authors to be cognizant of the fact that, if and when they must write about the internal effects of emotion, they might need to slow down enough to consider their editors’ and maybe even their readers' sensitivities. Our hearts and stomachs can take only so much.

For readers, I have facetiously written about writers including heart- and stomach-related effects that help to convey characters’ emotions. But what do you actually think about them? Do you sometimes think there are too many in a given book? Or is “the more the better” what you love?

For writers, do you ever go back over a passage you just created to determine if the physical reactions your characters or subjects are experiencing as a result of their emotions say what you want them to say—without overworking those stomachs and hearts?